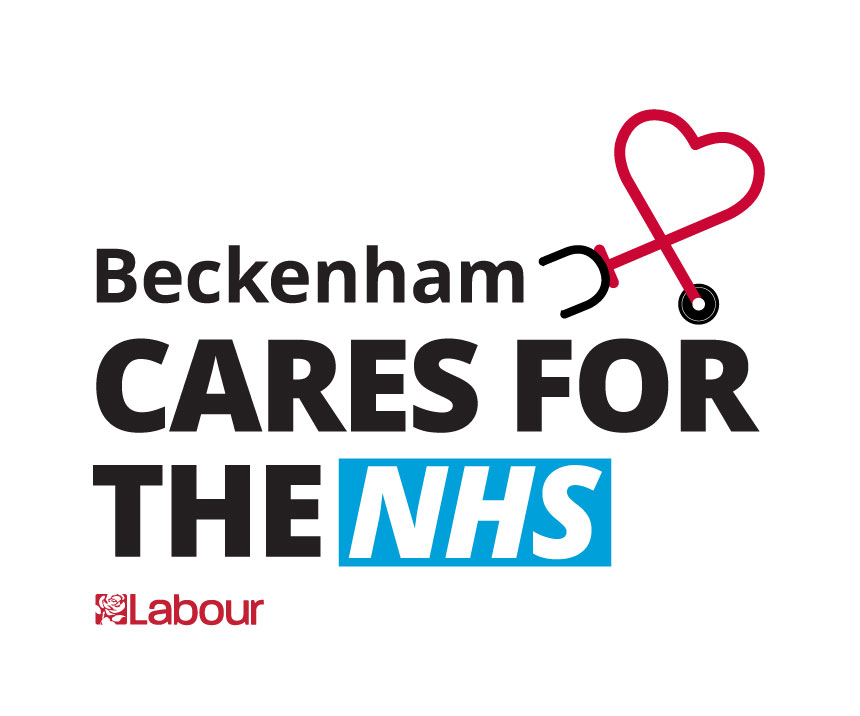 On Saturday 10th February, Beckenham residents sent a message to the government that they care about the NHS.

Residents expressed their concern to Beckenham Labour activists about the strain the NHS is under. In just a few hours, hundreds of signatures were collected calling on Theresa May to give the NHS the funding it needs now.

Following this, Labour Party candidates for Copers Cope and Kelsey & Eden Park at the upcoming local elections, today launched the ‘Beckenham Cares for the NHS’ campaign. The online campaign will allow those who haven’t already signed the petition to add their name and give people the chance to share their NHS stories. Those wishing to sign the petition can do so here. Labour Party candidate Tony McPartlan said, “I spoke to dozens of residents on Saturday and stories of cancelled appointments and delayed operations were common. There was widespread anger at how Tory cuts, signed off by coalition partners the Liberal Democrats, were affecting local services. What was most striking was that this anger was evident from people across the political divide.

“It’s clear Beckenham cares for the NHS. That’s why we want to give as many concerned Beckenham residents the opportunity to send a message to Theresa May and tell her to give the NHS the funding it needs. Our petition is a powerful message that Beckenham has had enough of cuts to our NHS.”

Recently, King’s College NHS Foundation Trust, which runs local health services across Bromley, Lambeth and Southwark was placed in financial special measures. Baby clinics and other vital services were moved away from Beckenham Beacon and non-urgent operations and outpatient clinics were postponed.

The local elections taking place across Bromley on 3rd May are an opportunity to elect councillors who will stand up against cuts affecting you. Although NHS funding does not fall under Bromley Council’s remit, part of being a good councillor is championing your community and defending cuts to services wherever the funding comes from. The Tories are failing to do this.

In addition to the national NHS cuts, the council has entirely cut health services and programmes for:

On 3rd May you have an opportunity to put a stop to local cuts but electing as many Labour councillors as possible.

Sign our petition and send out the message that you’ve had enough of NHS cuts.